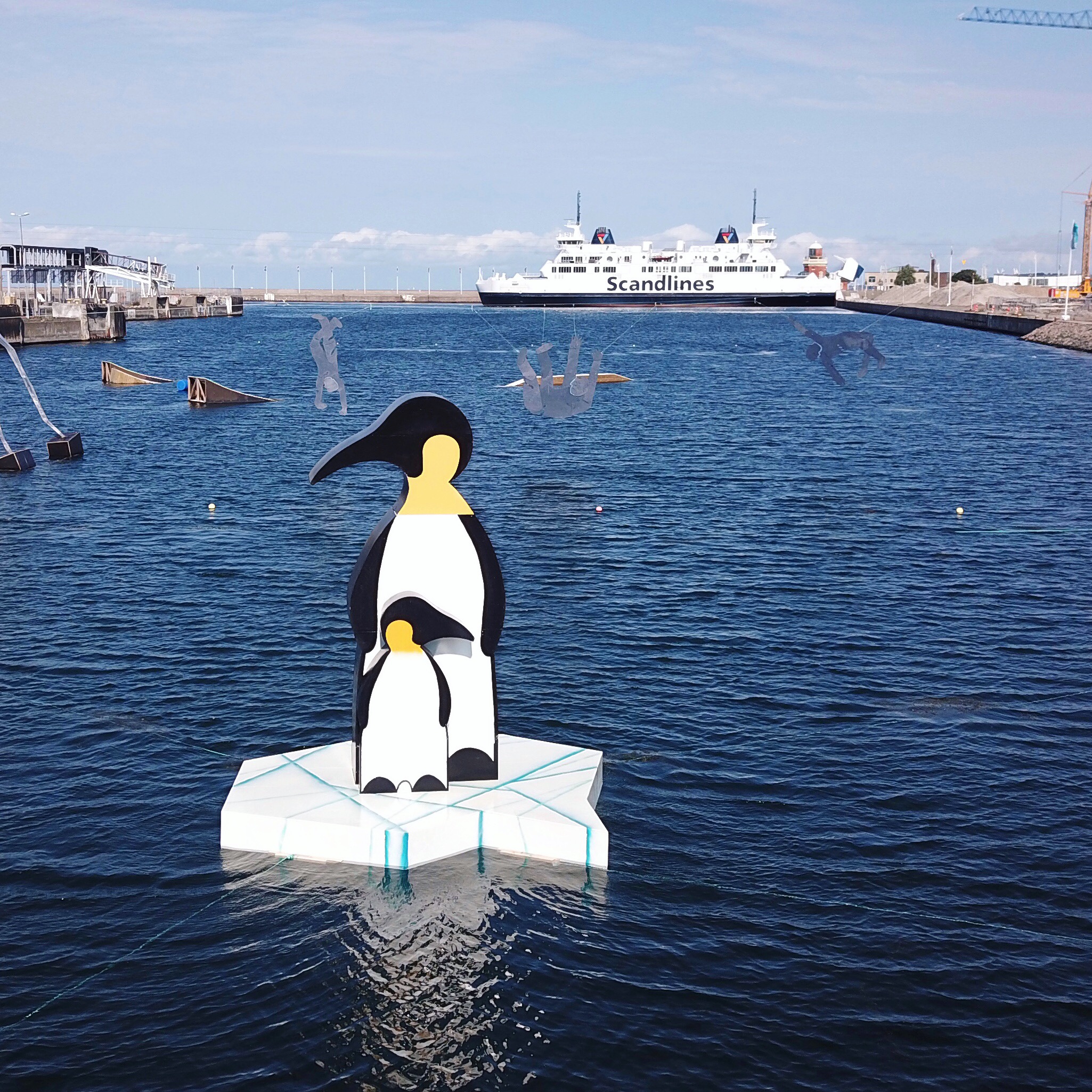 At Pixlapiren in Helsingborg for Floating Art Festival 2018

I was invited to take my initial idea with climate refugees and scale it up, a lot! My first version of this was about 1m tall. This sculpture is 4,5m tall and weighs in at 700kg. The festival was between August and October 2018 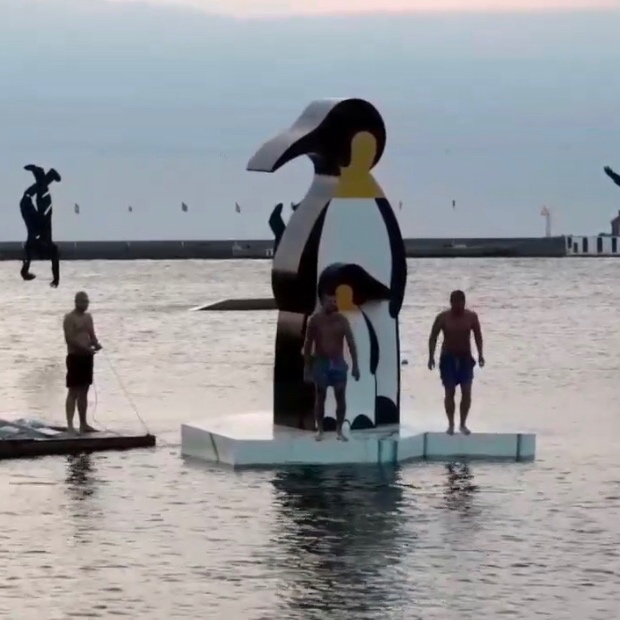 At Pixlapiren in Helsingborg for Floating Art Festival 2018

After a long hot day installing all artworks we decided that we had to try out if you could jump from the sculpture. Worked like a charm. Here it´s easier to get a grip of the size of the sculpture. 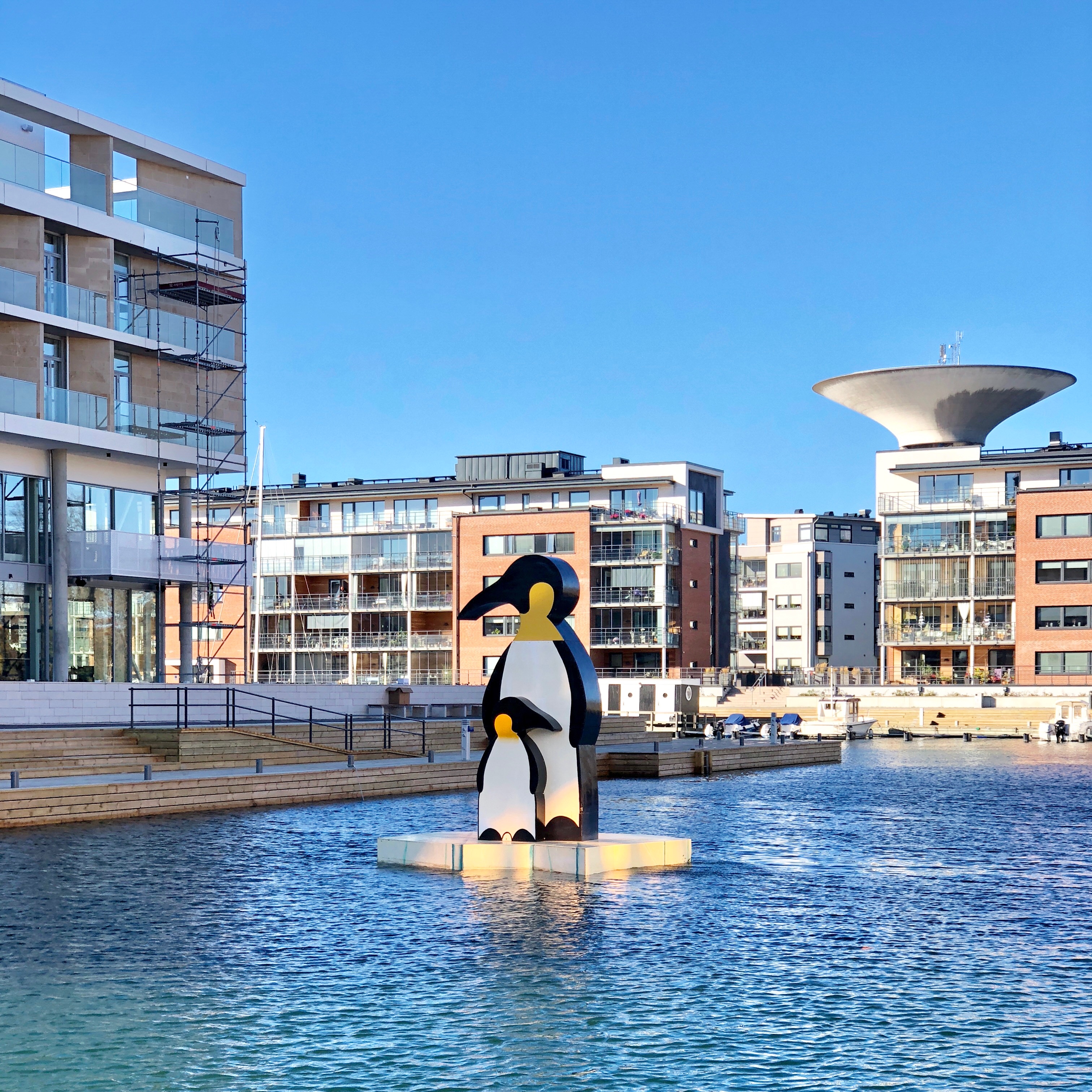 Outside city hall and Hotel Öresund in Landskrona.

Since Floating Art Festival ended the sculpture was relocated to where it still is today. At the same spot where one of the original versions where. 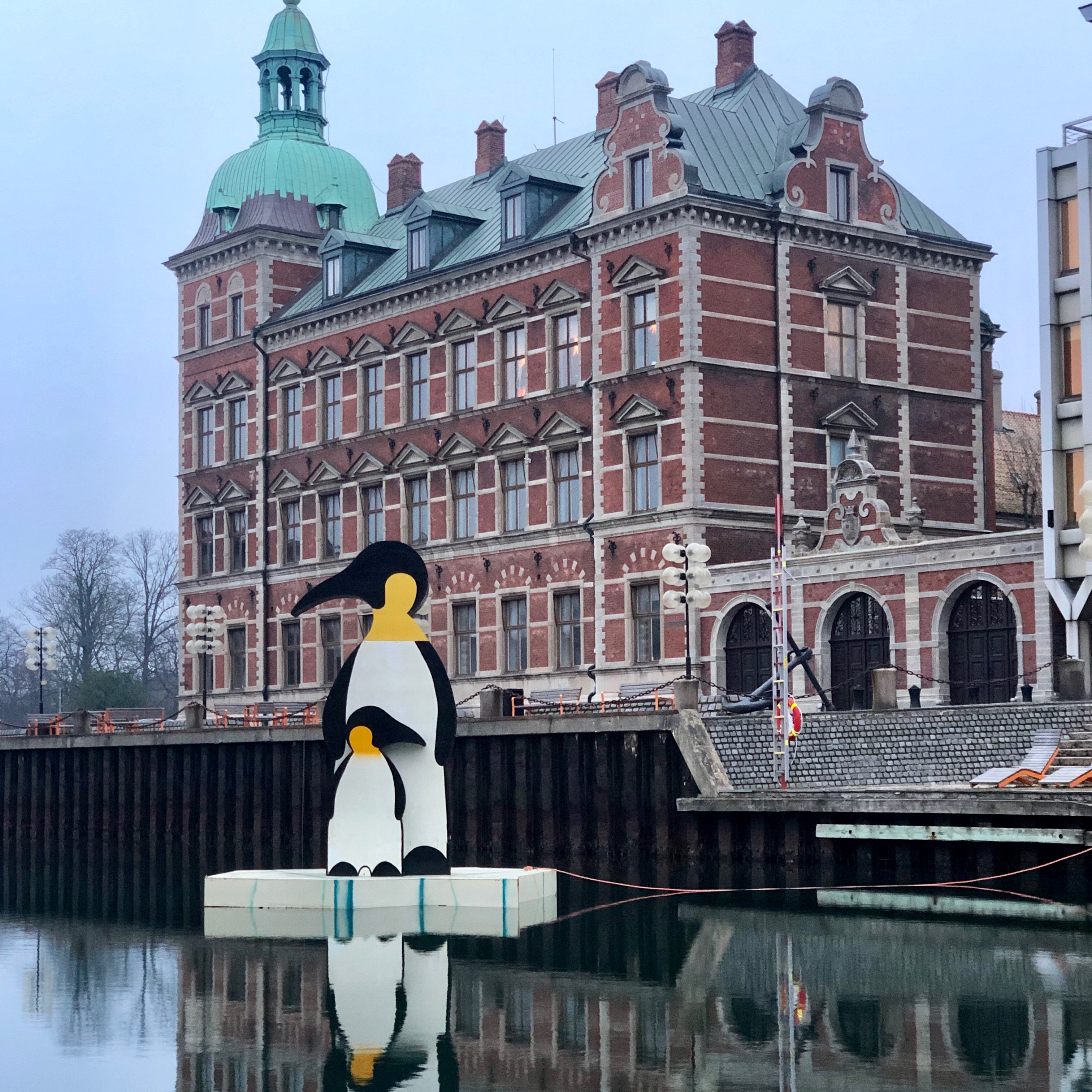 Outside city hall and Hotel Öresund in Landskrona. 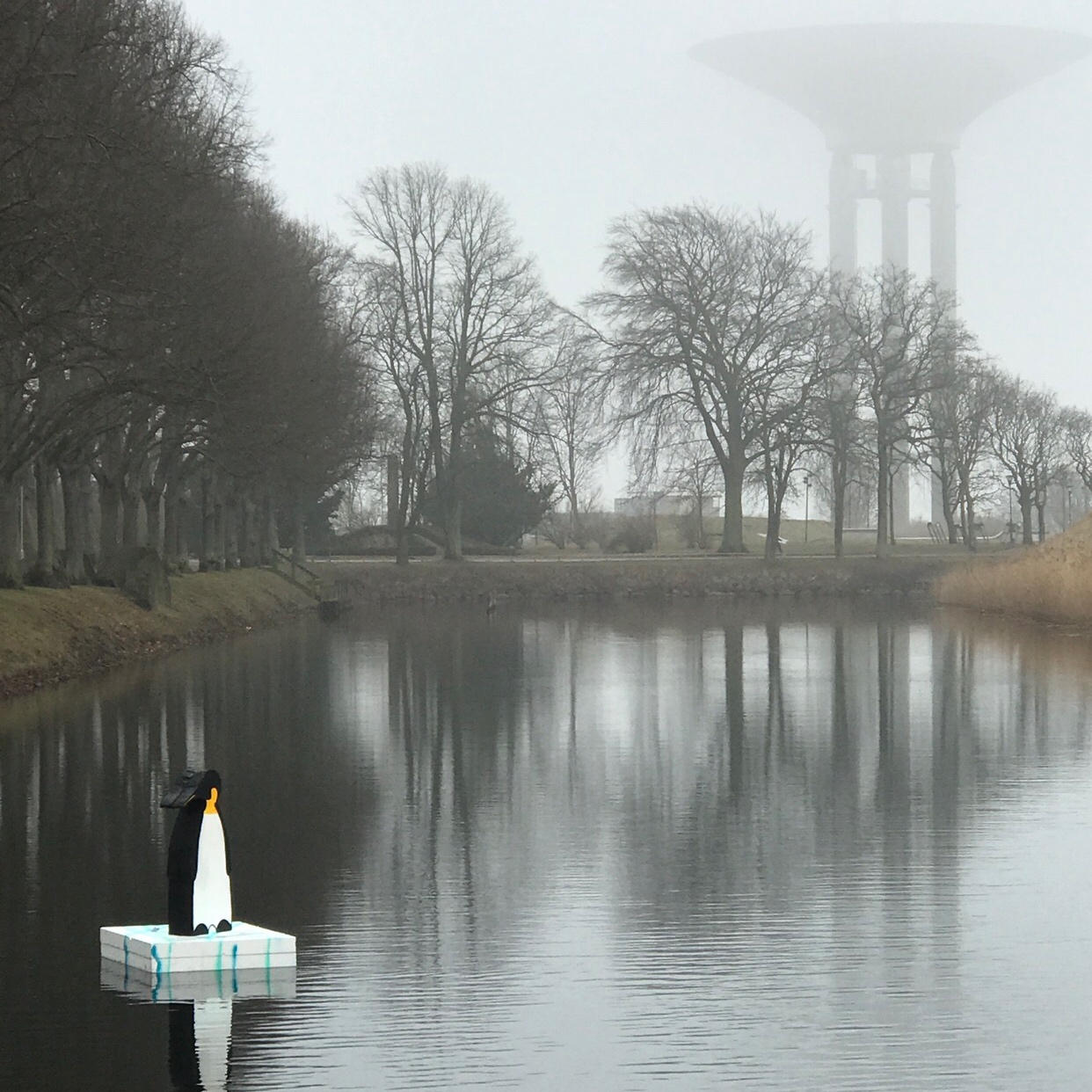 Why did i do two penguin sculptures and placed them in the waters around my hometown Landskrona?

I wanted to combine two things i was frustrated over. First that the environment and global warming is being placed in the backseat in many countries at the moment. Its not a priority and it needs to be.  Glaciers and the Antarctic ice are melting at an alarming rate. Think about the world as your own body, if its sick. You would do everything to make it well again. It would be your main priority.

Second, i wanted to do a public installation that both brought smiles to peoples faces and made them think. Everyday we are bombarded with news about horrible thing that happens all over the world. And people just shuts down, i get it. It´s impossible to care about every single bad thing that happens. That why i wanted to approach this installation another way. A cute penguin on a ice sheet. that´s harmless and fun. That opens people up to take it in, stop for a moment and hopefully think. -”How did that penguin get here? Its cute but out of place.. oh, it´s probably because the ice are melting… that´s not good, maybe i should do something about it…” 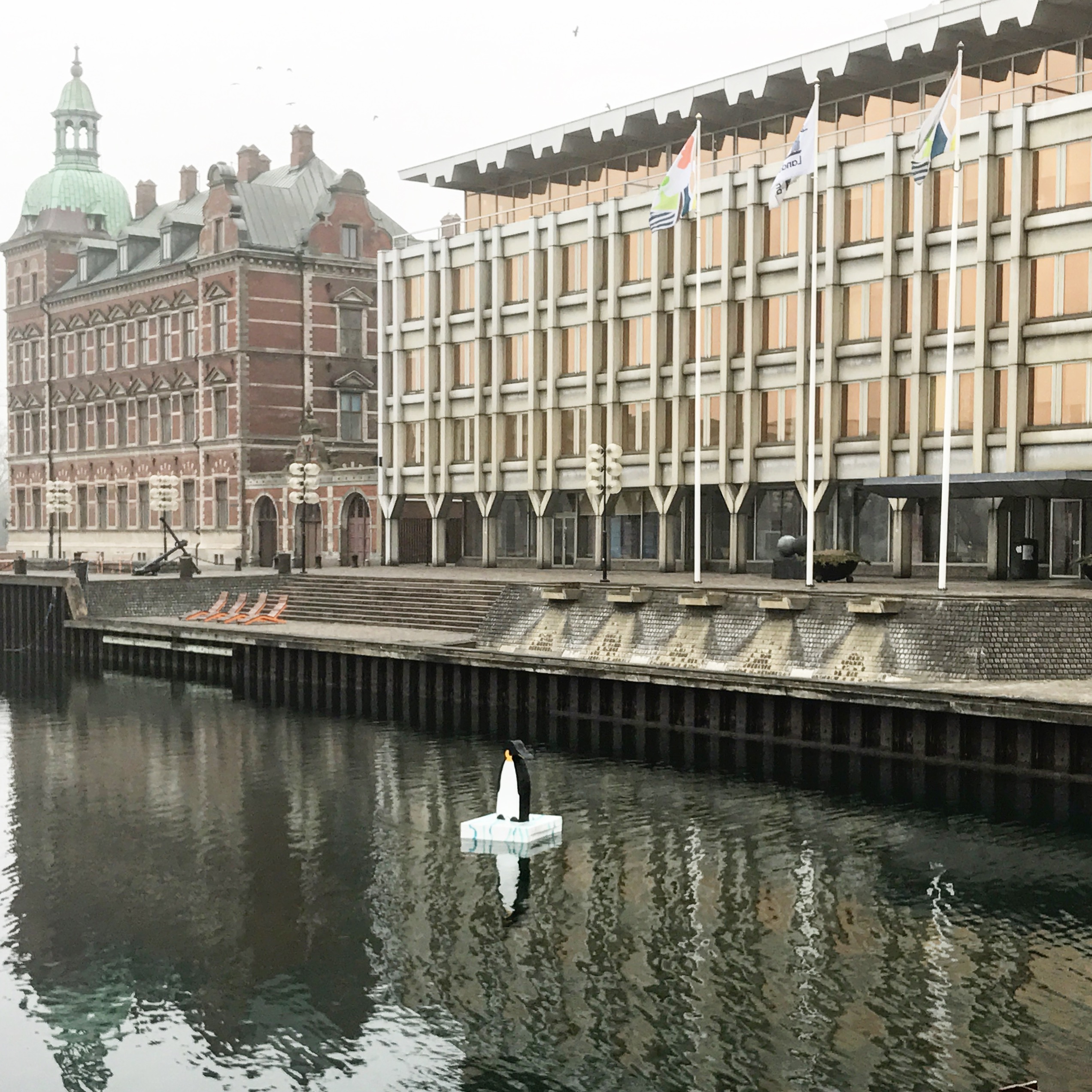